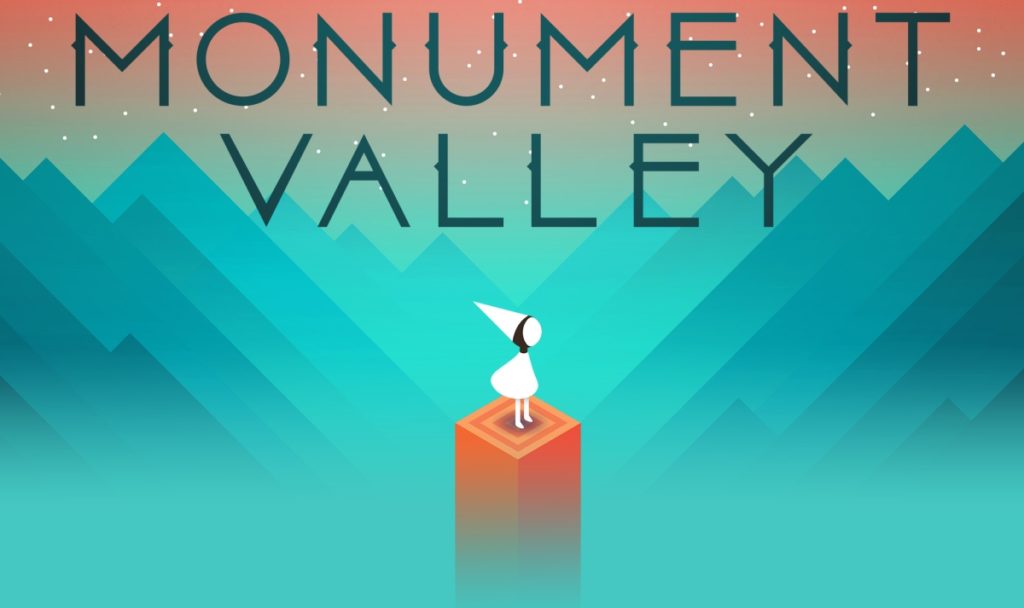 It is now possible to let your kiddo play amazingly well-thought and well-designed games. At least with Monument Valley. Let’s hope for some more of this kind.

Kids everywhere play with iPads, iPhones or iDon’tknowwhichdevice… Most games one can easily find are either free games (free for a while, then you’re asked for a credit card to unlock levels), or games one can pay for, where access is given to the whole plot. But in any case, these are usually platform games, where you have to be quick enough to gather as much golden coins/diamonds/money as possible in a limited time and without being hit by a car/truck/dinosaur. Or, more laid back games, where one can heal puppies (but still has to be quick because that is how you have more clients and gather more money to expand your clinic…) or else, I’ve seen one can foster a talking animal (named Angela, supposedly a cat), and groom her for hours (until you need a credit card to unlock the #17 lipstick or #23 eye-shadow). And of course, one can go for smarter games, like spelling games, maths games… but they often lack a good design and do not really trigger one’s imagination.

Know that another path is possible. Three years ago (long before Keskidees existed and I could write about it), I stumbled upon Monument Valley. It took the Ustwo Games team 13 months to develop their game. The plot, the aesthetics, the gameplay, the experience… everything was thoroughly thought, tested, reviewed, reworked before the game was launched in 2014. 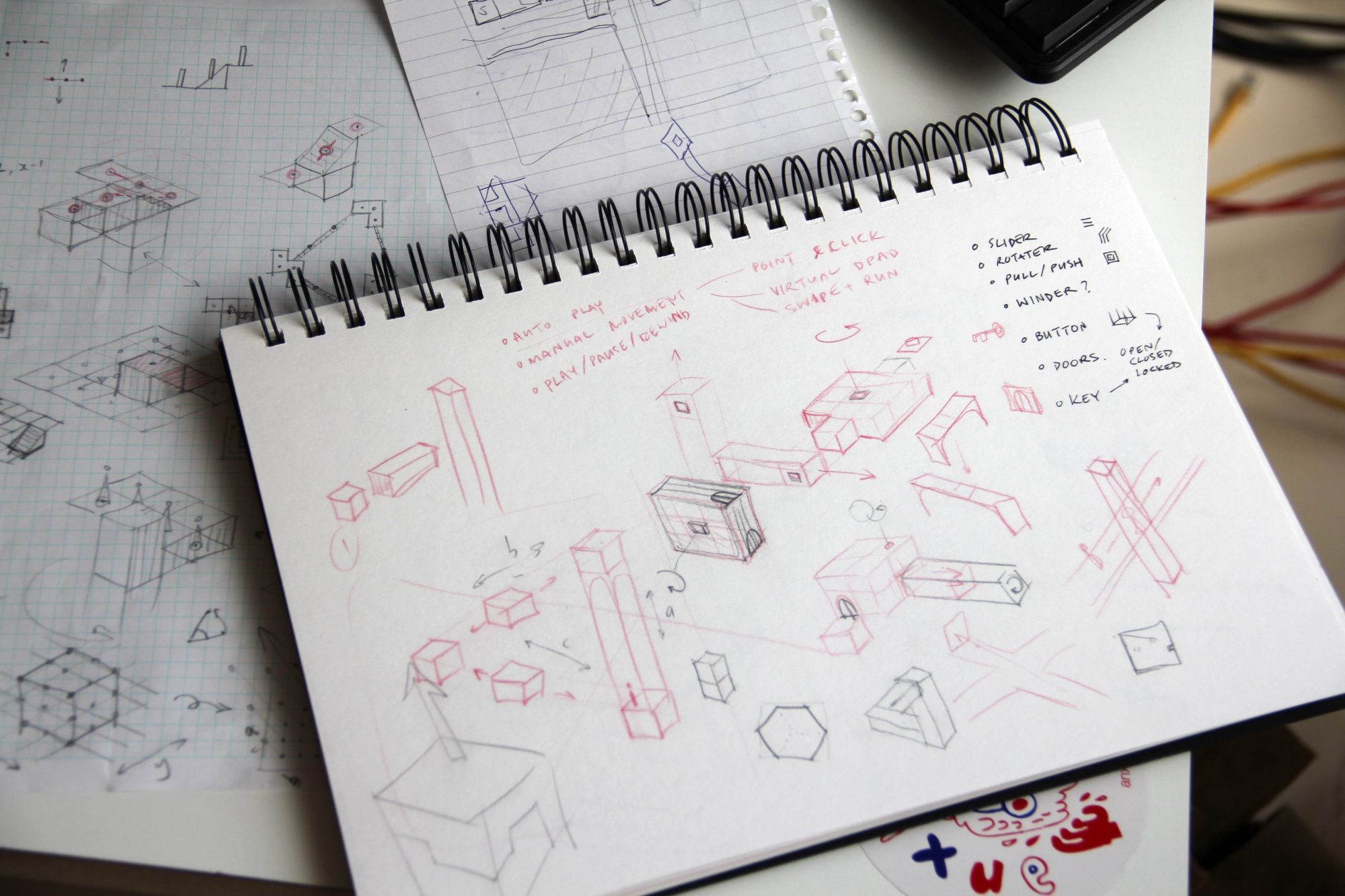 In Monument Valley, the player accompanies the princess Ida through various strange mazes where optical illusions play tricks, where unsuspected mechanisms make the impossible possible, and only with patience and experimenting moves will the player guide her along (at first)-invisible paths. The isometric technique used to designed the game (turning 3D into flat 2D) is confusing as well as magical. The player’s interaction with Ida’s environment by moving platforms, changing views, avoiding the “crow people” will unveil bridges, stairs, doors. No instructions are given, the player doesn’t know who Ida is, why she is here, where she has to go, and what for. The player can only rely on his or her attention to what is within the frame, the colors, and his own imagination to make his or her way. 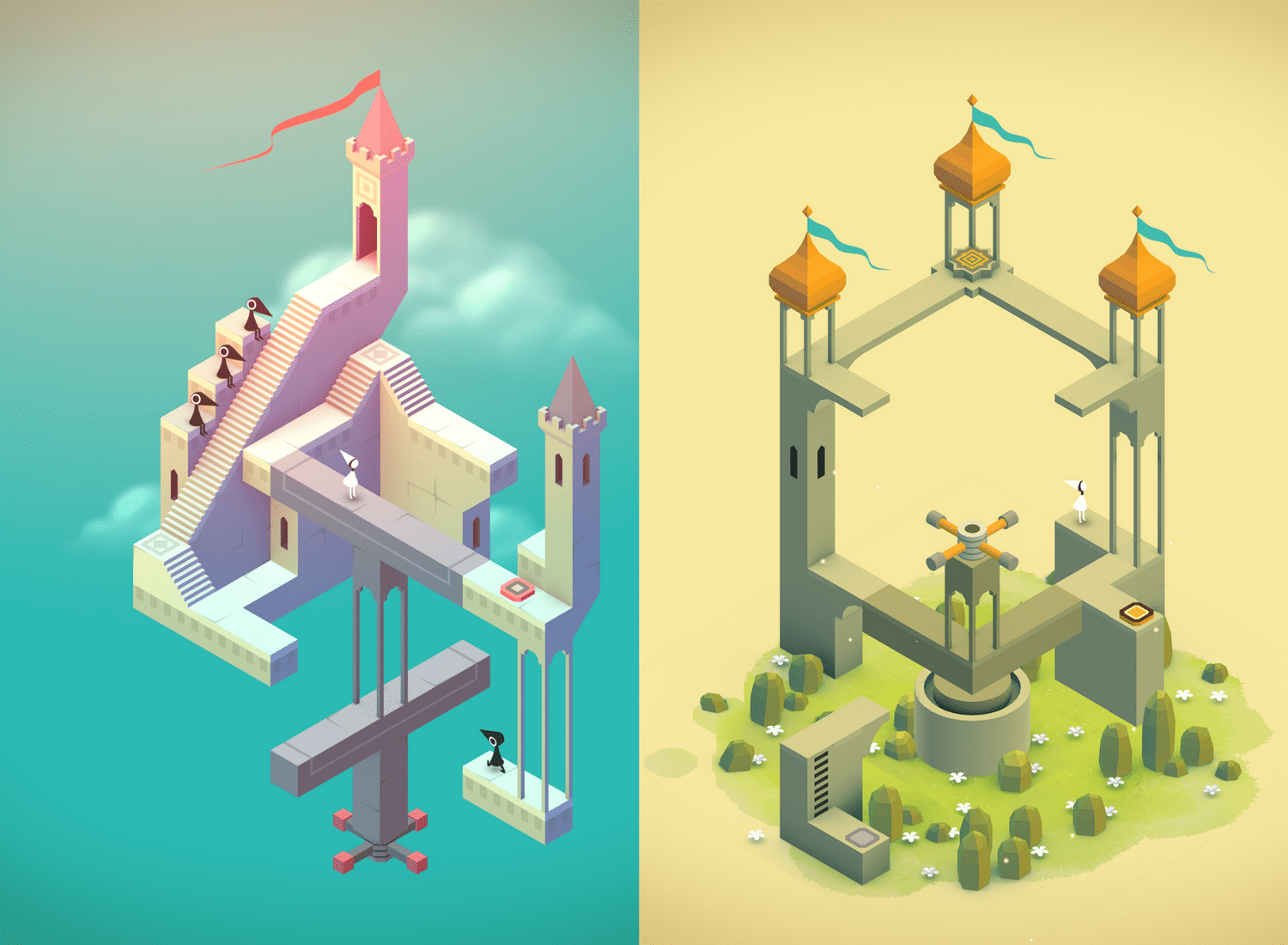 The story behind Ida’s journey remained quite obscure to me, and honestly I didn’t focus on it much, as I was so taken aback by the beauty, visual and sound poetry of each level. It seems it all started from a sketch by Ustwo lead designer and artist Ken Wong. From this isometric drawing, indeed reminding of E. C. Escher’s impossible perspectives and geometry, Ustwo game constructed a whole world, a story, and a beautiful and homogeneous aesthetics. Ken Wong says he was inspired by other indie games and japanese prints when developing the game, and that he wanted each screen to be hanging on a wall as a decorative painting. 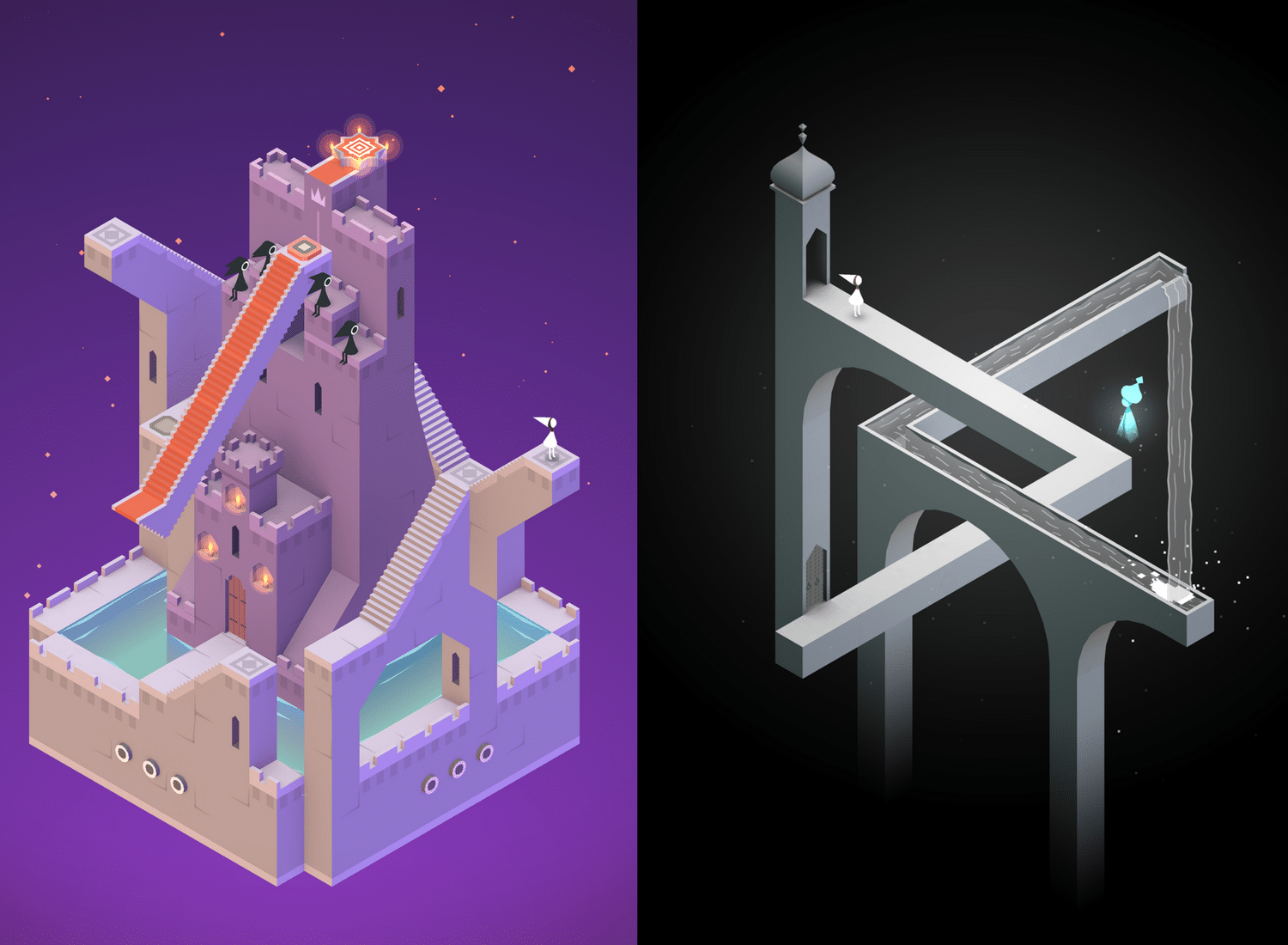 Monument Valley won’t last forever (some critics actually found it too easy and exceptionally short), but the 10 levels are absolutely stunning and my brain was quite teased I must say. Ustwo designed and launched eight additional levels in “Fogotten Shores” to experiment more mechanisms, and for the game’s enthusiasts. As for kids, since this is where this article started, all those who like any kinds of puzzles, mazes, delicate colors and magical worlds could I think spend a nice time thinking ways with Ida…Taking a break and making time to think, play, enjoy stunningly designed chapters and characters…

Some other indie poetic games can be found on iOS, Android or browsers platforms, but I really wanted to share this one here. Ustwo is actually not completely devoted to game design (only the Ustwo Games branch is, with its couple other games), but their success (500 000 copies sold in a month and over 25 millions since the first launch) has probably shown a new path for phone-gaming experience (besides showing Ida a path to forgiveness). It is possible to invent, design, built, offer, and make money from exceptional and smart games, designed with the users pleasure and like for reasoning in mind.

Monument Valley is available on the AppStore and Google Play. 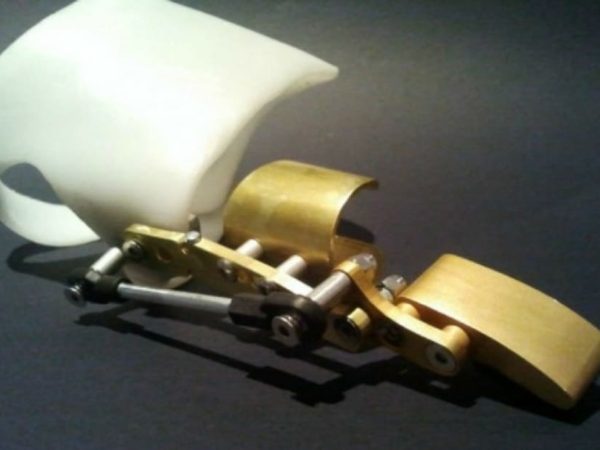 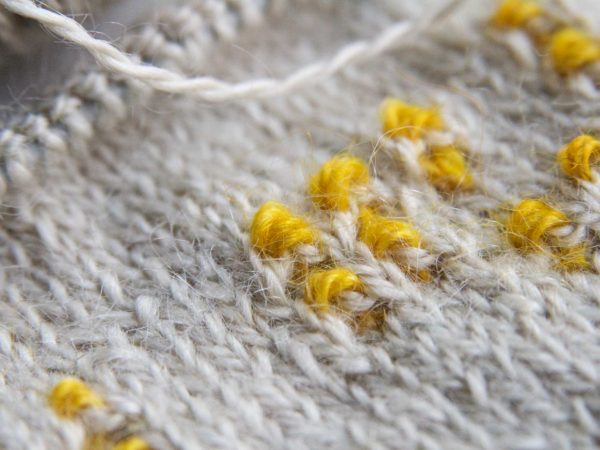 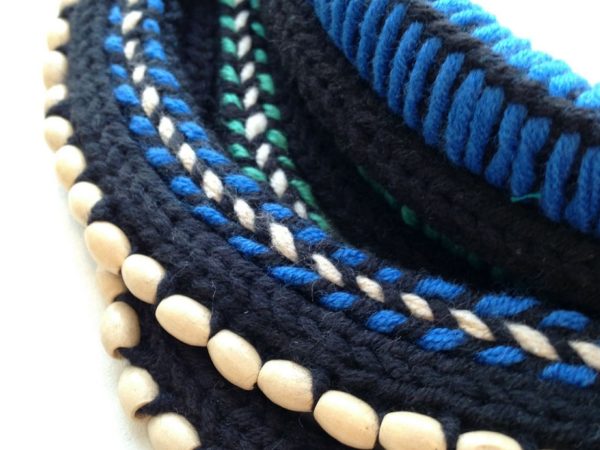